The proposed ‘millionaires tax’: a good or bad idea?

Article 9, Section 3(a) of the Illinois Constitution mandates that the state’s personal income tax be imposed at one flat rate across all levels of income — period. That means someone earning the minimum wage pays the same income tax rate as a millionaire. This November, a nonbinding referendum will ask voters whether that mandate should change — by specifically amending the constitution to tax personal income over $1 million at a rate that’s 3 percent greater than the flat rate otherwise applicable. Under the proposed amendment, the revenue generated from this “millionaires tax,” estimated at $1 billion annually, would then be divvied up among schools on a per pupil basis.

This referendum raises three crucial issues for voters to consider. First, does Illinois even need more revenue to fund schools? Second, would raising taxes on millionaires be a good way to do so? Third, if the answer to both of those queries is yes, then is the approach embodied in the ballot initiative the right one?

A quick review of the data show that the answer to the first question is: Yes, Illinois needs more revenue to fund schools. Consider that over the last six years, state funding of K-12 education was cut by $700 million — as part of the $4.7 billion in total spending cuts made over that sequence to the four core services of education, healthcare, human services, and public safety. Oh, and Illinois was low spending to begin with, ranking 36th in General Fund spending on services, despite having the fifth-largest population and GDP among all states. Meanwhile, Illinois has an accumulated budget deficit of some $6.5 billion in the current fiscal year, representing 26.4 percent of total service expenditures. And things are about to get worse, because the temporary tax increases of 2011 are phasing down, meaning that next year Illinois will have close to $3 billion less in revenue.

Resolving the second inquiry is also relatively simple: Yes, it would be a good idea to generate revenue by increasing the income tax rate paid by millionaires. Indeed, that conclusion is compelled by both textbook tax policy and all the evidence. Consider textbook tax policy first.

One basic policy function an income tax is supposed to perform, in addition to generating revenue, is bringing fairness into a tax system. Fairness is not at all controversial from a tax policy standpoint. Indeed, for an income tax to be fair, it must track ability to pay, by assessing higher rates on higher levels of income and lower rates on lower levels of income. This venerable principle goes back to 1776 and Adam Smith, the father of capitalism. In “The Wealth of Nations,” Smith posited that a fair tax in a capitalist economy should “remedy inequality of riches as much as possible, by relieving the poor and burdening the rich.”

He came to that conclusion because he theorized income growth in a capitalist economy would always disproportionately accrue to the top income class over everyone else. The data show he was right. Over the last 30 years, the wealthiest 10 percent saw their incomes grow substantially in real terms, capturing 139.8 percent of all income growth in America after inflation. That’s more than all of it, meaning everyone else saw their inflation-adjusted incomes decline.

But how about the contention that a millionaires tax will drive wealthy folks out of state, causing economic harm? Well, according to the overwhelming body of evidence, that claim has no merit. In fact, the research on the migration of all Americans, wealthy or otherwise, shows there’s no statistically meaningful correlation between a state’s tax policy and the propensity for a family to move. Factors like proximity to family or a job, housing prices, and even weather are what matter.

For proof, consider New Jersey. In 2004, that state passed a “millionaires tax,” increasing its top income tax rate from 6.37 percent to 8.97 percent for incomes over $500,000. Six years later, Stanford University issued a study which found that this millionaires tax didn’t encourage rich folks to flee. Indeed, the number of in-state millionaires continued to grow in New Jersey after the millionaires tax passed. In fact, according to Phoenix Marketing International, a wealth research firm, New Jersey ranks among the top five states in number of millionaires per capita. Interestingly, that top five list included four states with high, graduated rate structures (Maryland, New Jersey, Connecticut, and Hawaii), and one state — Alaska — with no income tax, but lots of oil. Maryland, which ranked first, and New Jersey, which ranked second, each have a “millionaires tax.”

In summary, the evidence is compelling that Illinois needs additional revenue to invest more in education, and taxing millionaires is a sound way to generate that revenue. However, the amendment as proposed in the ballot referendum is nonetheless substantially flawed in two key ways. First, it would incorporate both a specific income tax rate (3 percent above what everyone else pays) and income threshold (earnings over $1 million) in the state constitution. That’s not a good idea. A constitution is supposed to define broad rights, not specify things like tax rates or fees. The latter are policy implementation decisions that should vary over time, based on economic and demographic changes, and hence are best left to the legislative process.

Second, the education funding component of the proposed amendment — which calls for distributing the revenue from the millionaires’ tax among all schools on a per pupil basis — is actually inequitable. That’s because many schools in wealthy communities like Barrington or Winnetka don’t need any more revenue to provide their children with a quality education. However, countless other school districts in communities like East St. Louis and Marion, simply don’t have the resources to provide a meaningful educational opportunity. 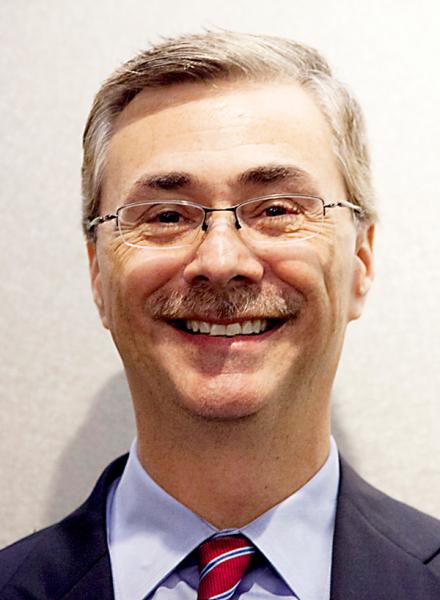 Ralph Martire is executive director of the Center for Tax and Budget Accountability, a bipartisan fiscal policy think tank. He can be reached at rmartire@ctbaonline.org

A series of nonbinding referendums will appear on Illinois’ November ballot, addressing issues the General Assembly already rejected this past spring. Among them will be a special section devoted to class warfare.

This nonbinding referendum – the so-called “millionaires tax” – asks voters whether the state should impose an additional 3 percent tax on annual income beyond $1 million with the sales pitch of increasing education funding.

Not only is this a bad tax hike, but it’s also a bad way to fund education.

The millionaire income bracket is extremely volatile, as earnings beyond $1 million fluctuate widely year to year. If revenue from a millionaires tax actually went to fund education, schools would be forced to deal with constantly changing funding.

The best way to help schools is to fix Illinois’ convoluted education finance system and efficiently give schools and students the resources they so desperately need.    A new tax would simply throw good money after bad, putting reform off for another day without actually helping students.

Illinoisans have seen such tax hikes before, all sold in the name of a cause that is quickly forgotten once the revenue is collected. The 2011 income tax hike was sold as a way to pay down the state’s $8.5 billion in overdue bills. The tax has collected more than four times that amount, yet $4.5 billion in unpaid bills remain.

Once the money is in state coffers, Springfield politicians spend it how they choose.

A millionaires tax scheme was rejected by the General Assembly this past spring, even with Democratic supermajorities controlling both chambers. Tax-happy legislators can see that economic opportunity is leaving the state, and that today’s students are the ones who will suffer tomorrow’s bad economy.

Because of Illinois’ destructive tax and regulatory structure, the state is bleeding residents. According to the Internal Revenue Service, Illinois loses people to other states at a net rate of one person and $40,000 every 10 minutes. That’s after accounting for people and income that move into Illinois.

In effect, Illinois has been trading high-income, high-tax paying residents for lower-income earners and a smaller tax stream. This is a fool’s trade. A millionaires tax would make Illinois’ migration crisis worse.

Maryland instituted a millionaires tax in 2008, when 3,000 residents filed tax returns that showed income of over $1 million. The next year, only 2,000 million-dollar earners filed their taxes in Maryland.

Maryland’s state comptroller admitted that the substantial decline in million-dollar earners couldn’t all be attributed to the recession. Studies have also pointed to millionaires leaving New Jersey after the Garden State instituted a millionaires tax.

There is no group so well-equipped to leave Illinois as those who earn more than $1 million per year. When small-business owners and higher-income earners leave, they take jobs and investment dollars with them, hurting the state’s middle class.

Seven years after the Great Recession began, Illinois is still 170,000 jobs away from regaining pre-recession job levels, according to the Bureau of Labor Statistics. That’s the worst record in the entire country. And things aren’t getting better. In the first seven months of 2014, Illinois has lost nearly 6,000 private-sector jobs, also the worst in the country.

Much of Illinois’ poor recovery can be attributed to the historic 2011 income tax hike.

Illinois actually did better than most of the country in the first year of recovery from the Great Recession, ranking fifth in the Midwest and 14th nationally in job creation in 2010.

Then, in January 2011, Illinois politicians raised taxes on all families and small businesses by 67 percent, taking away a week’s worth of income. Corporate taxes went up by 46 percent, incentivizing corporations like Office Max to relocate.

Illinois’ job creation has decelerated by one-quarter since that tax hike, and the state’s employment growth rate has been cut in half. Illinois is now further away from recovery than any state in the country.

Out-migration has also accelerated since the tax hike, with Illinois now losing, on net, 70,000 people per year to other states.

Tax hikes have already failed. Why try again on a group so capable of leaving the state in the rearview mirror?

The real debate Illinois leaders should be having is whether the state should have an income tax at all. Nine states in the U.S. have no income tax, including large states such as Tennessee, Washington, Florida and Texas.

The results speak for themselves. Washington has created 210,000 new jobs. In that same time period, Illinois has ranked last in the Midwest for job creation.

Illinois should follow Washington’s example, and reject the millionaires tax. Then the Land of Lincoln should stop the immoral punishment of success at all income levels and eliminate the state income tax altogether. 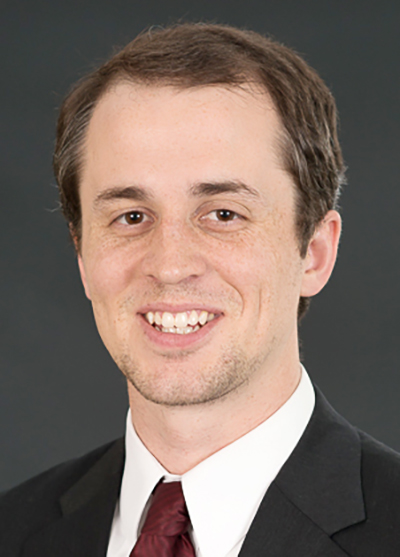